How to convert the JSON files exported by Supervisely annotation tool to the Darknet format in python? GitHub repo: JinhangZhu/supervisely-to-darknet

JSON (JavaScript Object Notation) is a popular data format for storing structured data. I don't care what is could be done and other stuff about it. What I need to do is to make this format converted to the format that my YOLOv3 model can take. But first thing first, let's see what format JSON has.

In Python, JSON exists as a string. For example:

To work with JSON (string, or file containing JSON object), we use Python's json module.

To parse a JSON string, we use json.loads() method, which returns a dictionary. For example:

Our Supervisely annotations are stored in JSON files, so we need to load the file first. For example, say a .json file contains a JSON object:

And we parse the file:

Supervisely json-based annotation format supports several figures including: rectangle, line, polygon.... BUT we only care about the rectangular objects.

JSON for the whole project

Each project has predefined objects classes and tags. File meta.json contains this information. Ours is as follows:

JSON for an image

For each image we keep a json file with annotations.

Darknet format specifies not only the annotation format for each image but also the format of files in folders. We follow the format of COCO: images and labels are in separate parallel folders, and one label file per image (if no objects in image, o label file is required).

The label file specifications are:

Each image's label file must be locatable by simply replacing /images/*.jpg with /labels/*.txt in its path name.

There should be a .txt file that contains the locations of images of the dataset. Each row contains a path to an image, and remember one label must also exist in a corresponding /labels folder for each image containing objects. 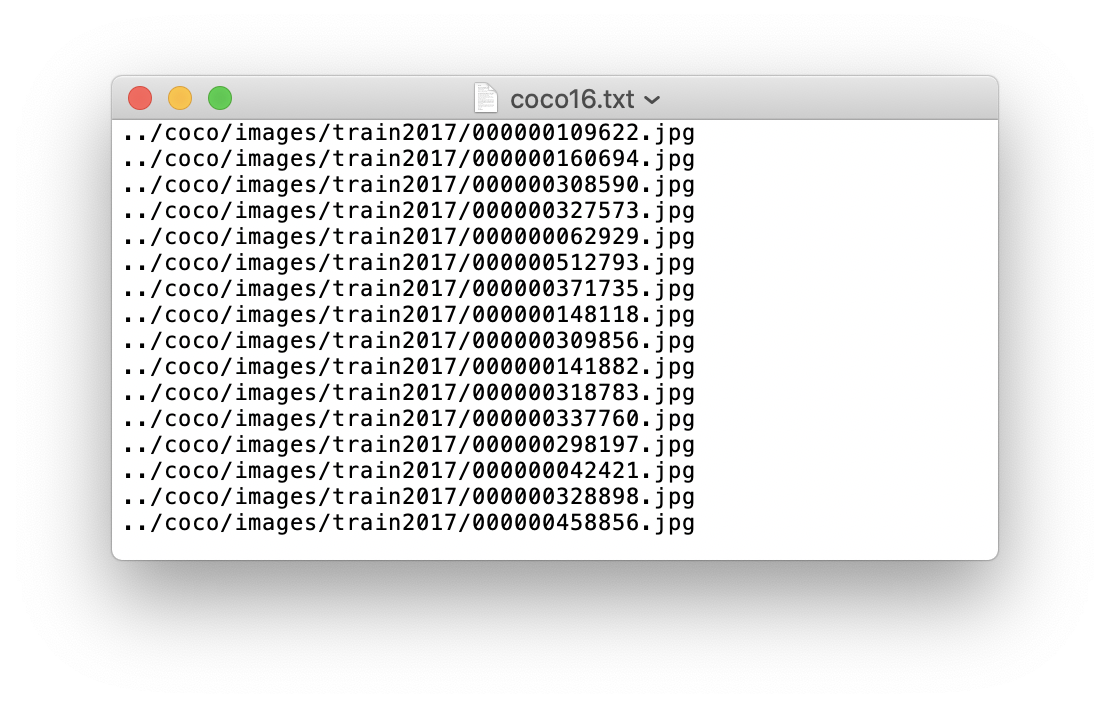 The file lists all the class names in the dataset. Each row contains one class name.

There should be class count (e.g. COCO has 80 and P30 has 2), paths to train and validation datasets (the .txt files mentioned above), and the path to the .names file.

Firstly, we create a sub folder called "./dataset/" (or something else), which will contains all our data generated.

Then, we need to know what classes the whole image set has. This information is easily found in meta.json, so we import the json file and read the values of the key "classes". After reading, the class names are appended into the .names file.

We create a function called conver_supervisely_json() that performs making folders and obtaining classes before writing labels.

As Supervisely exports images and annotation files in separate folders img and ann, we use glob to obtain the iterable paths of files withing two folders and then sort them.

It is now time to import the json files and read data from them. We will assign each image with at least one object a label file in .txt in the labels folder. For each object bounding box, there should be class index (in integer numbers), normalised center coordinates and normalised size. We also copy the images to the images folder.

Run the function and we see 754 label files in the labels folder, as indicated by the Supervisely filter that the number of images with at least one object is correct.

As YOLOv3 requires a train set and a validation set in the form of collections of path names. We need to create two *.txt files to contain separate sets of paths of images withing ./dataset/images folder. This feature is supposed to be implemented by:

Dataset splitting is transformed to elements splitting, i.e. we randomly choose different sizes of collections of elements from the whole set of pathnames. By randomly choosing indices and then we can use the indices to select the separate sets of paths.

Split the paths into several sets according to whether the corresponding indices are empty or not:

and we'll see files withing the folder we specified: