Hector, son of the King of Troy, prepares to go to battle. He wears his plumed helmet and holds a spear. He stands hand-in-hand with Andromache, his devoted wife, in front the gates of Troy. A nurse is holding their son Astyanax. The child prefers to look into her eyes rather than towards his father, perhaps because he is attired for war. The scene depicts an episode from Homer's epic poem 'The Iliad'.

The first owner of the picture, Theresa Parker, declared in letter to her brother: 'The prettiest and I think the best she [Angelica Kauffman] ever did is the painting of Hector and Andromache.' The painting was exhibited at the Royal Society of Arts in 1768 and at the first Royal Academy exhibition in 1769. The artist was the co-founder of the Royal Academy and a friend of Sir Joshua Reynolds. 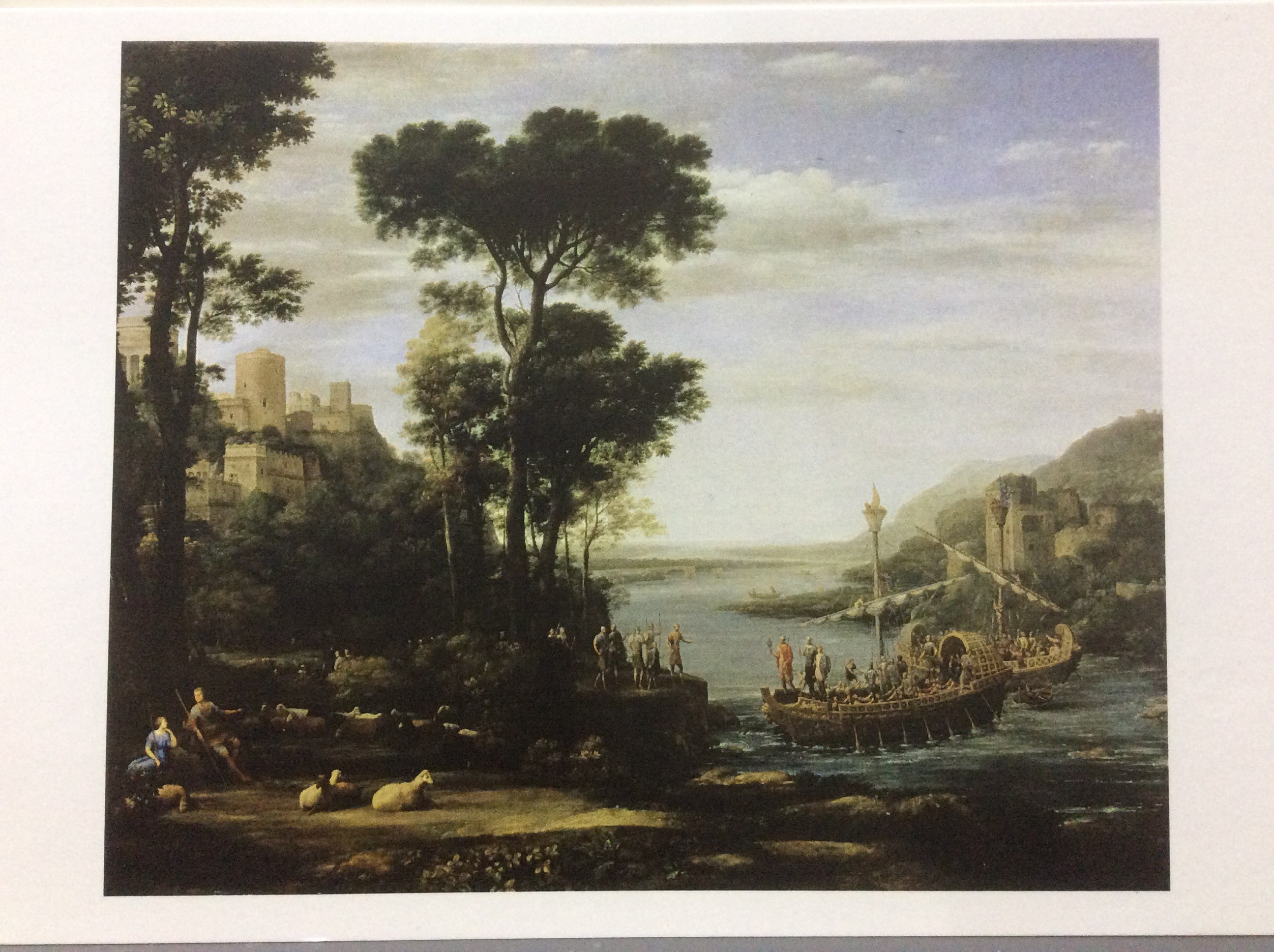 ◎ The Arrival of Aeneas at Pallanteum

The scene shows the legendary founder of Rome about to disembark upstream on the River Tiber some time after his flight from the fall of Troy. As described in Virgil’s Aeneid, Book VIII, the Trojan Aeneas stands on the prow of his ship, offering an olive branch of peace to Latin King Evander and his son, Pallas. Don Gasparo, who commissioned the painting, was the son of a Roman nobleman, Angelo Albertoni and married into the Altieri family. The flag on the second ship bears the coat of arms of the family after which the picture and its pendant, The Father of Psyche sacrificing at the Temple of Apollo, painted earlier in 1662, are named. The Altieris claimed to be descended from Aeneas. In the last decade of his career Claude depicted scenes from the Aeneid in six paintings. The elongated figures of Aeneas and his companions are characteristic of Claude’s later style. He was, however, less concerned with the subject than with capturing subtle effects of light, in this case in the Campagna landscape around Rome. Claude’s landscapes were much sought after by British collectors. Both pictures arrived in England in 1799 with a special naval escort and were bought by William Beckford, one of the most discerning collectors of the age. Beckford sold the paintings in 1808 for the huge sum of 12,000 guineas – the highest sum ever paid for paintings on canvas at that time. 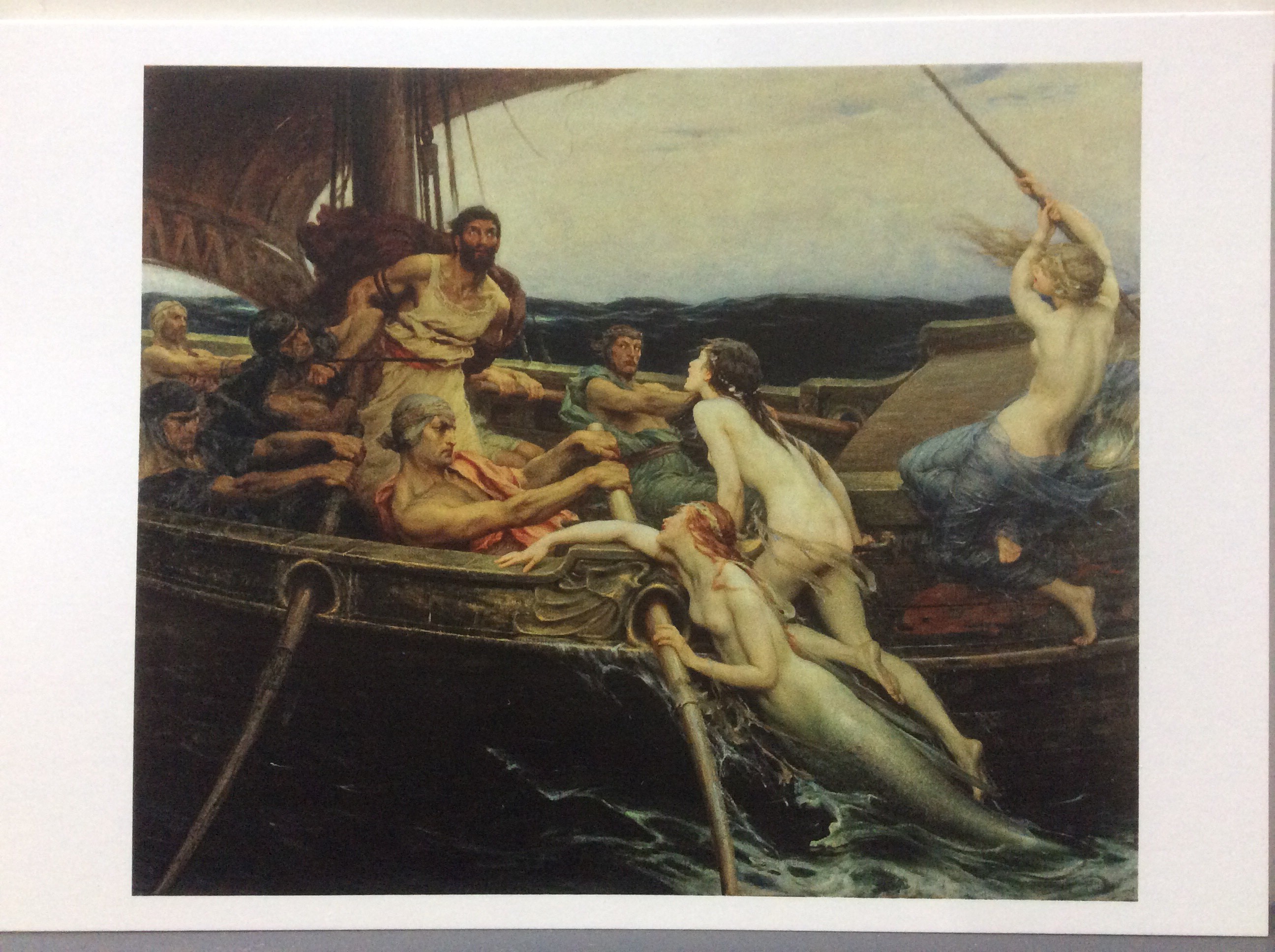 ◎ Ulysses And The Sirens 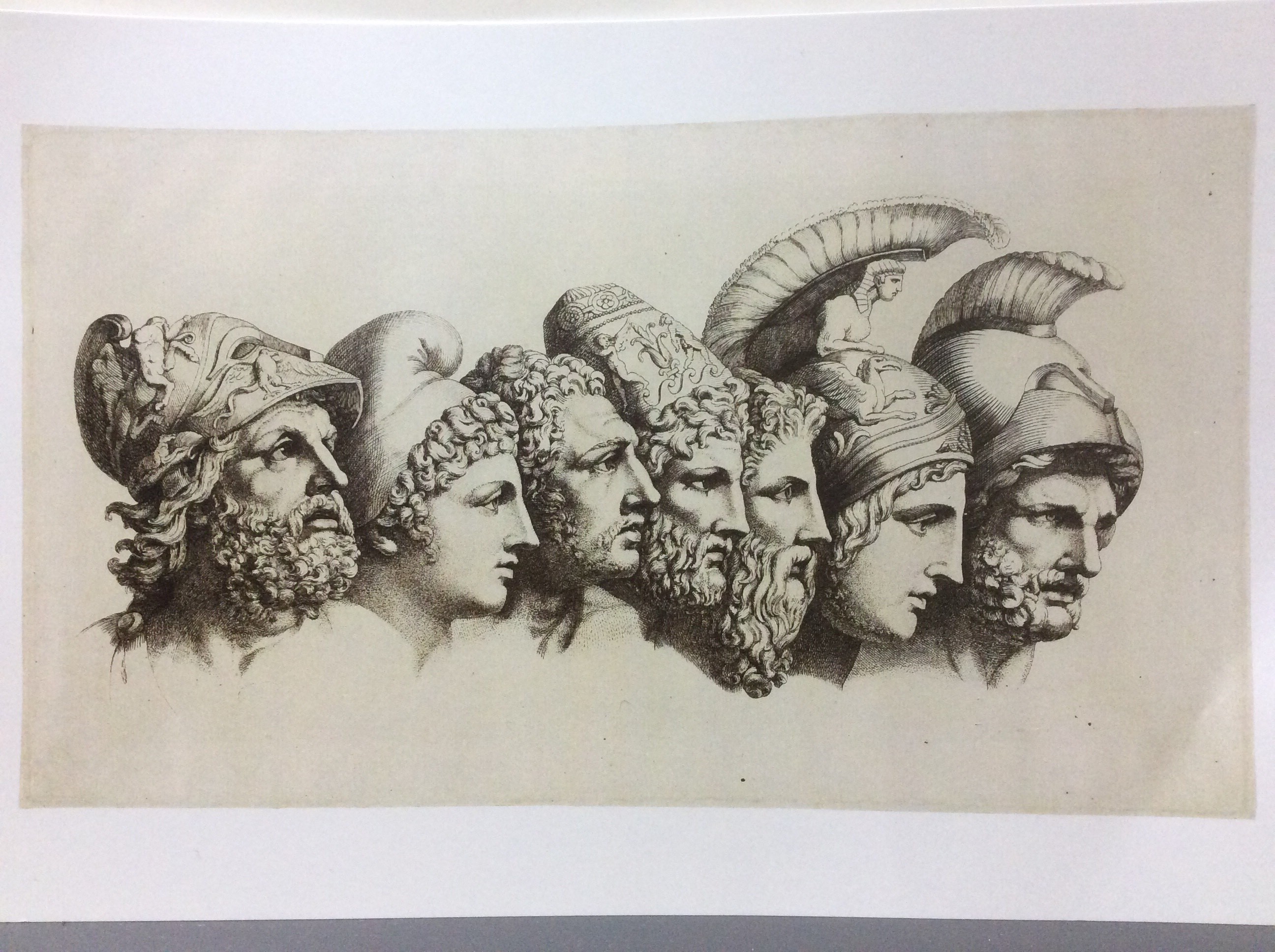 ◎ Heroes of the Trojan War

As an epic, the Iliad contains a sometimes confusingly great number of characters. The latter half of the Iliad's second book (often called the Catalogue of Ships) is devoted entirely to listing the various commanders. Many of the battle scenes in the Iliad feature bit characters who are quickly slain. See Trojan War for a detailed list of participating armies and warriors.

The main protagonist is the Greek hero Achilles, leader of the Myrmidons, and his rival is Hector, prince of Troy.

Patroclus, friend or lover to Achilles whose death unleashes Achilles' wrath on Hector.

Agamemnon, the supreme commander of the Greek armies.

Diomedes and Odysseus, Greek heroes Greek deities, such as Zeus, Aphrodite and Athena appear predominantly in the Iliad as manipulators of the humans.